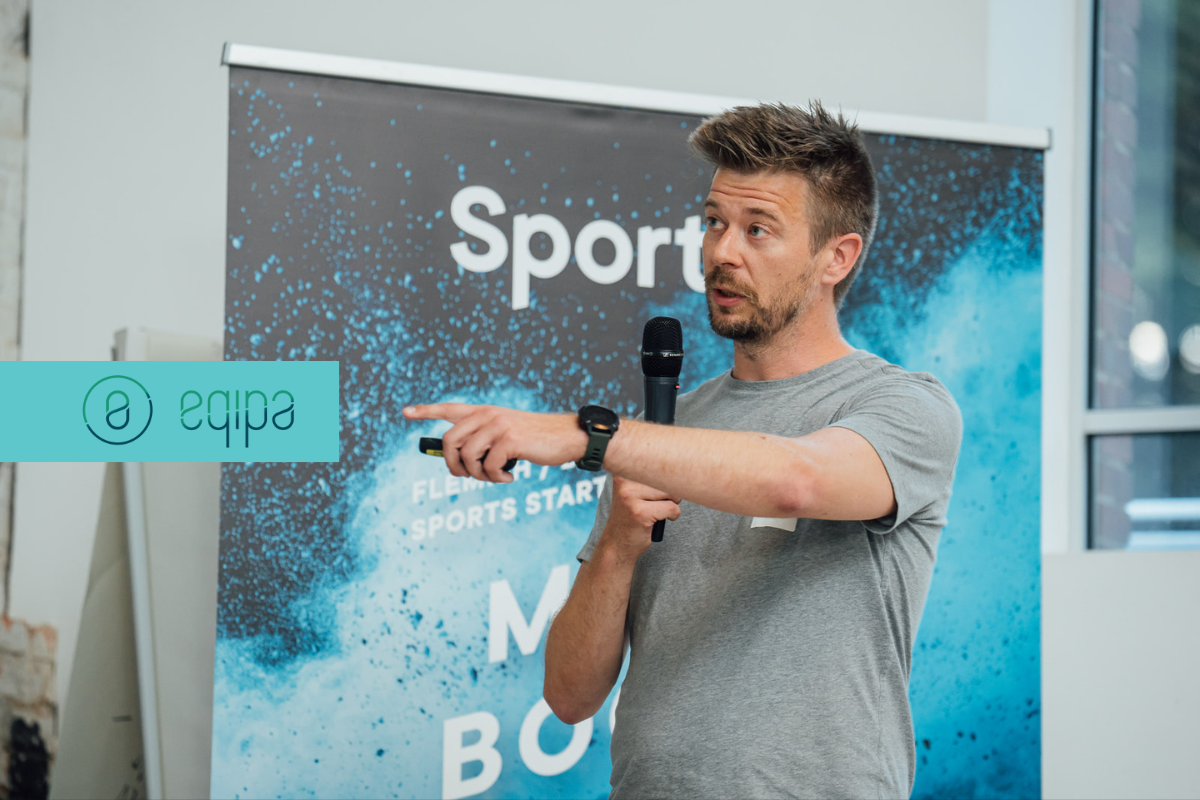 Entrepreneurial insights in the football world

What were the most valuable lessons in the startup life for Simon Van Gorp and Michael Tandecki of Eqipa? And why did they decide to stop? Simon told their story at our SportUp Meet for other founders to share entrepreneurial lessons and the highs and lows that come with such an adventure. Enjoy reading!

I have had a passion. A passion that steadily rose for three years and then ended abruptly in a week. The passion of having a startup which grants adventure and experience far beyond what my academic or industry career has to offer. It was a ride with rich experiences on both sides of the aisle. Here, I will share the most counter-intuitive lessons to start and grow a company, interwoven with the story of my passion: our startup Eqipa. From a terrible idea at the start to first customers, committed investors and then an abrupt quit in a single week.

To start a company, there is no need to have a customer problem first.

Yet, there also is another way; you can spot a technological trend and then think about which industry is affected by it. In our case, this was the AI trend. Closely working on AI with the larger semiconductor companies like TSMC, Intel, Samsung, etc. it became apparent that AI comes in three waves. At first, the software or machine starts to generate more data from more sensors, typically stored in scattered Excel sheets and shared drives, a messy situation. Later, this is followed by merging data into a central database / dashboard for a simple overview. Once this is in place, the step towards AI to dig up more connections and insights beyond the simple dashboards. Those three waves are seen in many industries and once you see the trends you start thinking which industry is currently in the first phase (sensor data) and which sector would be helped a lot with the insights of the last phase (AI). 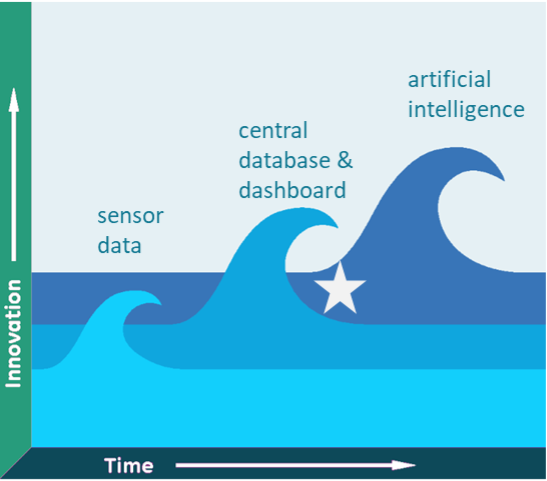 After some thinking, I focused on the football sector. Here the sensor market was doubling year over year and companies where consolidating in this market. You could also see more startups in the second wave and none yet in the AI wave. Furthermore, football is a “game of opinion” and could be helped with “neutral insights with AI". Despite now knowing anyone in the football world this seemed like an inevitable case.

Thus, a company doesn’t always start from a known problem. It can as well start from the combination of a new potent technology with an industry that will be helped with this new technology.

Do the things which do not scale in the beginning

Do not fully build things before receiving tons of customer feedback! You will only waste time. In this first phase towards building a product, start to play and get a discussion going with customers. Our hypothesis was right (see previous chapter), yet we didn’t know which product would stick and where the need was the highest in the football world.

First, I spent 9 months building an app which can be described as Strava for soccer players. It worked with real-time visualization on the pitch and you could play with this with your mobile strapped on the back. I would make bets with my teammates on the total number of sprints. Yet making a financial planning one evening showed that the company would be hard to become bigger than 10 people, not fun enough for me. 9 months of work down the drain just for a single lesson. Then, we started looking at camera footage and we predicted the numbers of goals scored, which wingers were under/over performing (we discovered Lamkel Ze!), so we predicted the stress level of players based on a public dataset from a club. In short, we did all kinds of AI tests to verify & explore. Showing these to clubs got the ball rolling. People got convinced of our skills and conviction and slowly they guided us towards their own problems.

The conditions for you to find a good problem are: relevant problem for customer / has a potential to be improved with the new technology / you have the skills to make an edge / financially not impossible to make it. One year after starting the app project we discussed with Club Bruges and they mentioned that they had an issue with getting an insight on player injuries. This problem ticked all the boxes above: customer relevant, could maybe (?) be solved with AI, there is value in doing this. Our problem was found, now it was a matter of determining the product.

The Flemish government is often said to be slow and not helpful. Yet Flemish civil servants are extremely motivated and helpful.

You know the technology fundamentals, you know the problem, now how to bring them together? List your study topics and draft up a financial plan. Then get in contact with the (in our case) Flemish government (VLAIO), as they help you with reviewing the financial plan and giving you a development fund for the technical uncertainties. Also reach out to get credits for a cloud service through them and do ask VLAIO for contacts in the industry you work for. This is a service free of charge, but it does cost time; yet it is worth it for two reasons: for a financial check of your plan & it sharpens your story towards future customers. 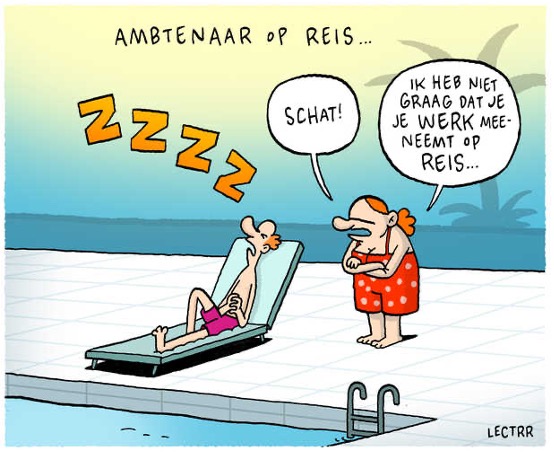 Personally, I have always though that the Flemish government was a clogged up organization. Yet the people where incredibly supportive and even spent time in weekends to help out. Thanks!!

You do not know it all. Surround yourself with experts & cheer-leaders.

Surround yourself with experts and mentors. We had a quarterly cadence mini-board with an expert physio, scale-up software CTO & very experienced marketeer. Those where the gaps which we had in our knowledge and those people were willing to join the ride. We had a mini-board which is nothing more than an evening of beer drinking with a PowerPoint presentation every quarter. Besides from the feedback you receive, the most benefit is in zooming out in preparation of this meeting and seeing where do we stand and where do we need help. From time to time, looking back at the roadmap and seeing where you are heading towards helps (before getting stuck in a side-track). And: three months is a good cadence to do so.

Besides this mini-board, I also had a mentor and a cheerleader, Guus. He has founded multiple startups before and we have a good personal connection. Find yourself a Guus, someone who can cheer you on when needed and someone who is not afraid to call out “bullshit” from yourself (thx Guus!). Those moments of total belief and disbelief do come along and you will be helped by a mediator to “smear them out”.

The end of eqipa due to lack of founder-market fit.

Normally in this part of the story you find out about product-market fit. You know how your product can help customers. You know your ideal persona of a customer, the time he/she uses the software, how much money he/she is willing to pay for it, the key features he/she likes and what his/her main priority in terms of features is lying. You start raising money and you become a scale-up focusing on acquiring customers and expanding to more clubs with a sales pitch & a customer funnel. In short: you have closed the gap between the technology and the customer problem.

In our case, we had developed our product with the three leading Belgian clubs and had oral agreements with the big Dutch clubs. At the same time, we were gathering funds for this scale-up round. All looked good and I had to decide to leave my full-time industry job at ASML (which is great!) for the football world. This was a though one and I decided that the key metric was: “for what do I come out of bed every morning (if not I knew I’d not make it on the long term)” & “where can I learn the most (since I am still young and the learning gradient is key)”.

It wasn’t clear to me what to do until I received a couple of phone-calls within a couple hours from each other. One was to offer a business seat instead of a contract with a club…. Another one was a well-known contact who wanted to introduce me to another club in exchange for 40% of the contract, and again another one was that ‘the contract was OK but will be dependent on the vision of the new coach…’. At that moment I knew, the incentives of the football world aren’t aligned with my own thinking style. Money sticks on multiple hands and an agreement is not really an agreement. I didn’t quite belong in this industry.

The industry is going through a transition but it isn’t there yet where professionalism & long-term is in place. I chose to change roles within my industry company and started spending my spare time on the next sustainability startup (do reach out to me if you have similar ideas!). What seemed like a hard choice suddenly became an easy one and without regrets we collaboratively made this choice.

We have handed over the assets to another Belgian company, Opteamal, who participated in SportUp Boost. We told our investors that we won’t need their money after all. We will still be advisors to Opteamal the coming year, and in doing so, we can still learn the scale-up lessons.

The outcome of this journey was not as what I originally hoped for, but it was the right outcome in relation to the maturity of the market and especially my own beliefs and opportunities. This journey learned us a lot and I do hope that you – as a reader of this piece – find value in, while I’ll be spending my time and energy in other projects! 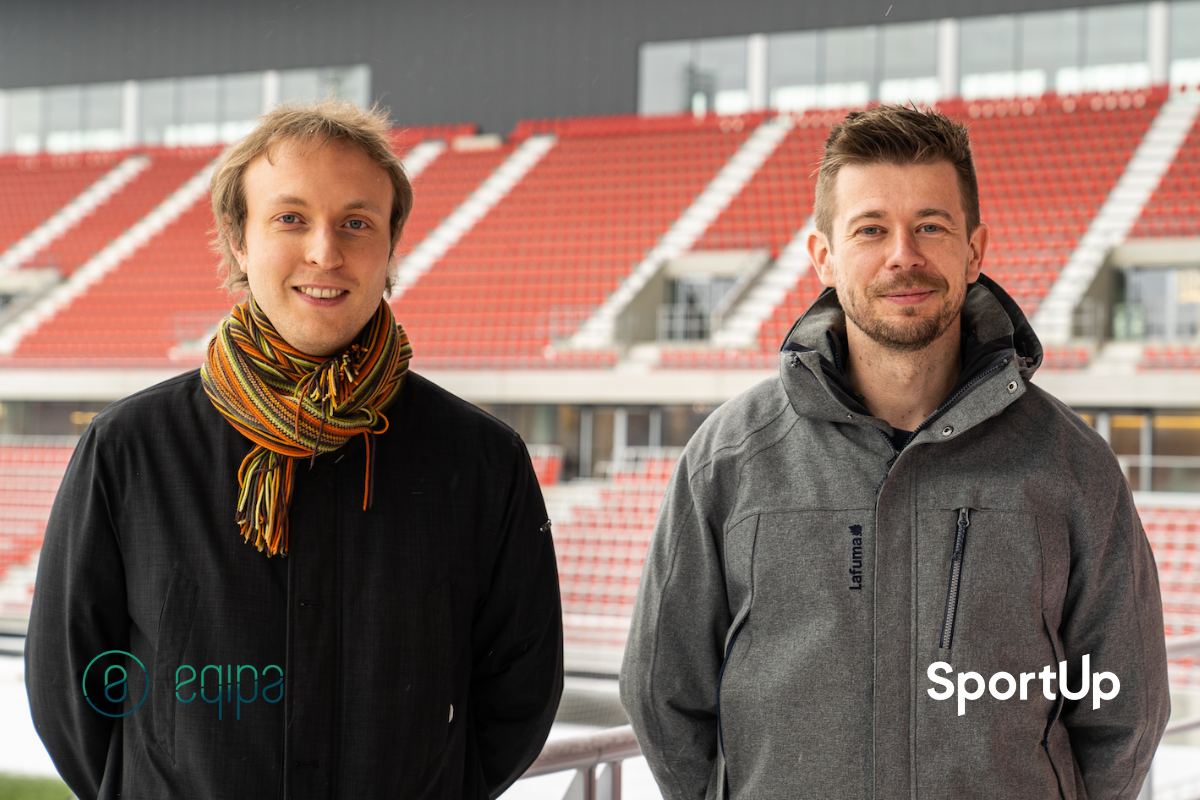 Bio: Simon Van Gorp (right) (°1984) holds a bachelor's degree in computer science and a PhD in nuclear physics. He is a system engineer at the Dutch high-tech company ASML where he works with customers such as Samsung, Intel, TSMC and Micron. Simon is founder of Eqipa, a company that improved the performance of soccer players using artificial intelligence.

Do you have any questions about Equipa or SportUp? Contact Simon or Kristof De Mey!

SportUp helps you grow into a successful business!

What we can do for you
Previous Article
Next Article

SportUp is the Flemish (Belgian) sport startup accelerator focusing on innovative technologies that could change the health, performance and media side of sports.

Want to know more about SportUp?

Get to know us:

Apply now Get in touch